The weather forecast stated that there was the possibility of some showers in the afternoon, but with the exception of a few tiny drops of rain just after lunch, it turned out to be a dry day. However, the overnight rain left its mark on the Esses and were very green during the morning practice.

The practice session ran mainly without incident but the afternoon timed runs were interrupted by a series of incidents which include Mike Henney in his beautifully Lotus Elan (hitting the bank between Kennel and Crossing) along with David Hardcastle in his Triumph TR7 (ending up on his roof in the Esses), fortunately both drivers were unscathed, unlike their cars. 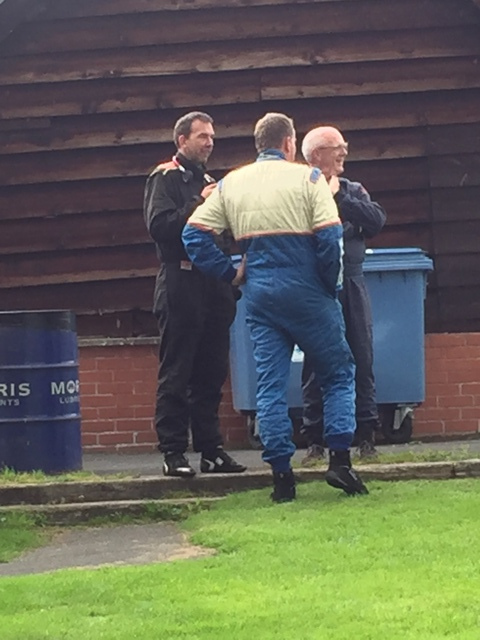 In the Road Going Series Production Car class 1400cc up to 2000cc we saw Gary Morgan, Rob Thomson and Andrew Bisping compete in a class of 16 cars. Gary set a time of 39.55 on his second timed run of the day, Rob set a time of 38.91 on his first time run which was to be his quickest of the day, and Andrew determined to improve on his first time run of 39.61 and give Rob a run for his money, set up the hill fully focused and committed, and was doing well until he hit the outer track limits at the Esses and came to an abrupt stop in the amongst the cushioned wall barrier at the bottom Esses. Fortunately both Andrew and the car were OK, just some superficial dents/scratches on the car which meant that he was able to proceed down the hill under his own steam. Unfortunately, the spin resulted in a fail run and Andrew was left with a published time of 39.61 at the end of the day. 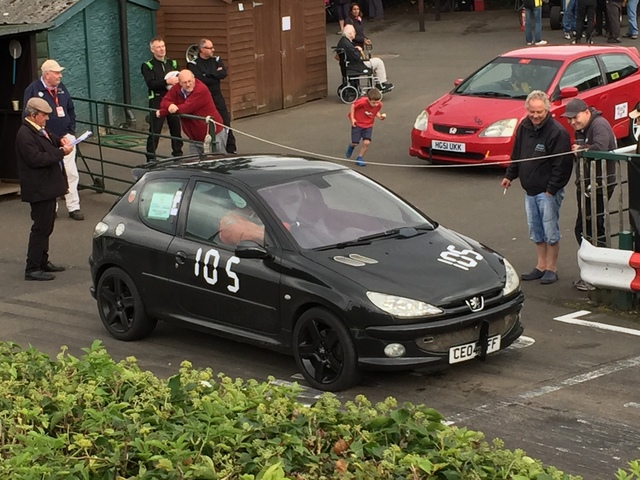 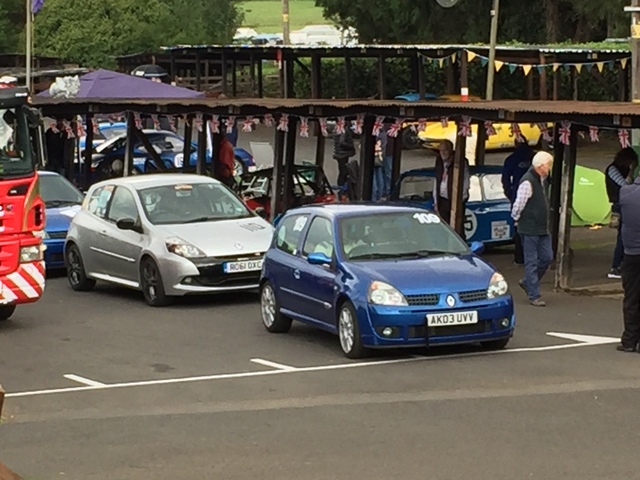 The next class to take the hill was the Road Going Series Prodution Car Class over 2000cc and only two WAMC competitors were amongst the class, namely Gordon Hick in his Seat Leon and Ben Burggraaf in his sleek black Lotus Elise . Gordon posted a time of 38.54 on his first time run and Ben set a time of 34.79 on his second time run. 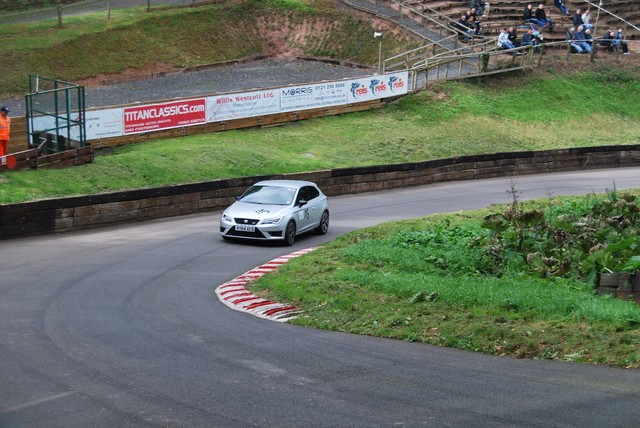 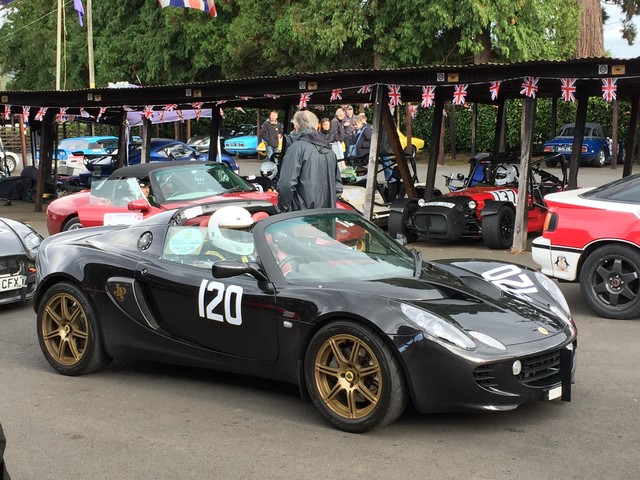 In the Modified Series Production Car Class, 1400cc up to 2000cc was Wynne Morgan in his Renault Clio Cup and Paul Meadows in his newly prepared Renault Clio. Both Wynne and Paul were running close all day, with Wynne just piping Paul on the last run of the day, getting down to 38.07, with Paul close by on 38.67. 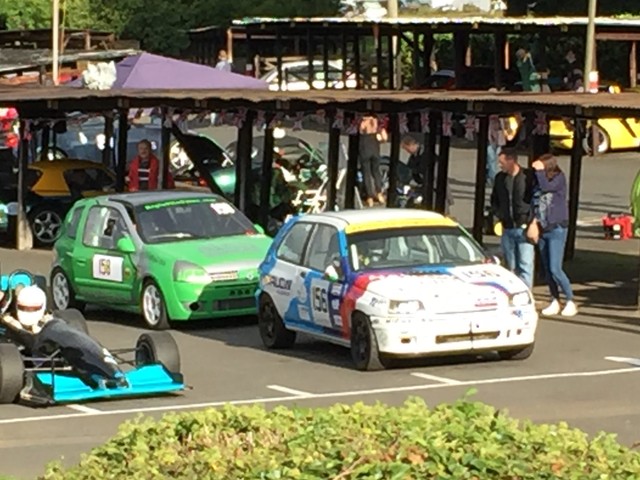 Alison Lock in her British Leyland Mini set a competitive time of 42.67 in the Modified Series Production cars up to 1400cc. 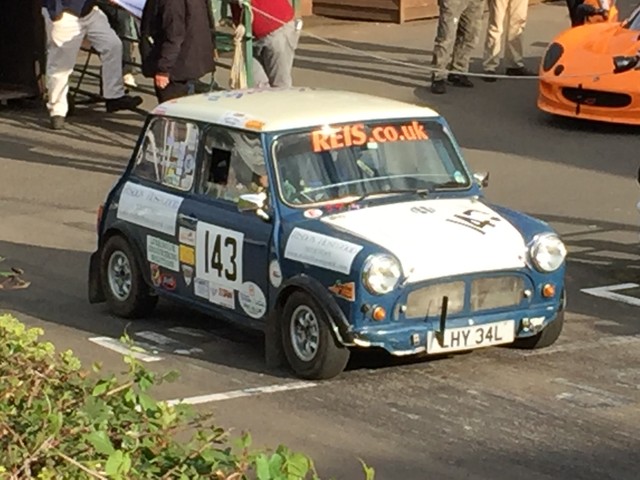 Sunday was blessed with Sunshine. A few additional WAMC Championship contenders joined the event with a others turning up to support and spectate.

An amalgamation of the Road Going Series Production Car class saw Rebekah (and Dora – 1390cc VW Lupo) in amongst a class of cars up to 2000cc. Also in this class was Gary Morgan, Rob Thomson and Andrew Bisping.
Rebekah was the first car to drive the hill in the combined car class, and set a time of 44.00 on her first timed run which was to be her best run of the day. Gary set a time of 39.67 in his Peugeot 206 GTI, followed by Rob in his Renault Clio 172 Cup setting a time of 38.58, improving on yesterday’s time and also setting a new Target time for the Championship class. Andrew achieved a time of 39.83 making sure that he kept within the track limits having polished out the scratches from the day before. 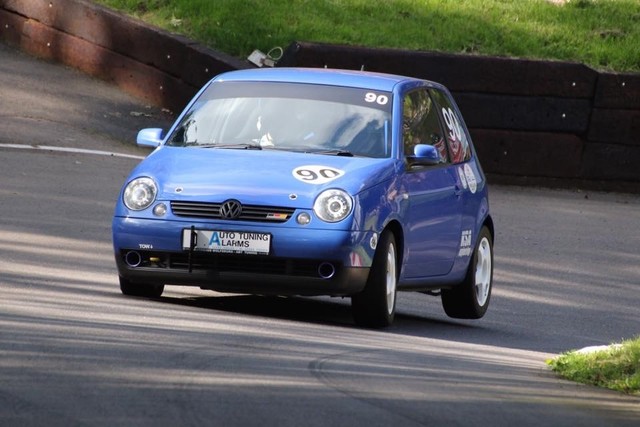 Gordon and Ben were once again in amongst the Road Going Series Production Car class over 2000cc, unfortunately Gordon was unable to improve on the time set the day before, resulting in him posting a time of 38.62 on his first times run (and 38.63 on his second run). Ben however managed to improve, getting down to a time of 33.65 on his first run of the day which was to be his best and also set a new Target time for the Championship class for next year.

In the Modfied Series Production Car class up to 1400cc, Alison managed to improve on the time set the day before and got down to a time of 41.21 on her second timed run of the day, resulting in a new target time for the Championship class.

Joining Wynne Morgan and Paul Meadows in the Modified Series Production Car class 1400cc to 2000cc was Martyn Ferris in his Renault 5 FT Turbo. Martyn’s first practice run consisted of a time of 38.29 and by the end of the day he improved with each and every run getting down to a time of 36.79, setting a new Championship class record for 2018. Similar to Martyn both Wynne and Paul improved with each run, with Wynne posting a time of 37.89 but this time Paul managed to pip Wynne by getting down to 37.08. 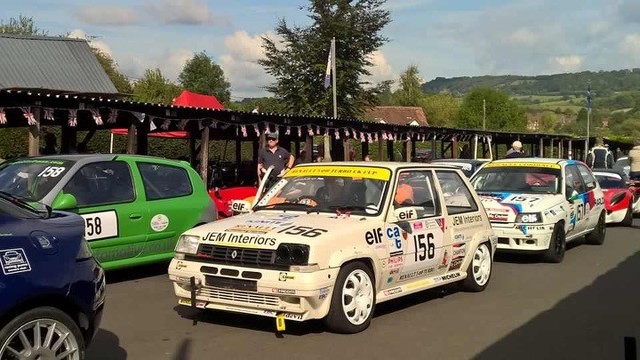 Similar to Rebekah, Lyndon Evans found himself in a merged class, i.e. Sports Libre Cars and Hill Climb Super Sports Cars. In amongst some powerful cars Lyndon in his Honda CRX posted a time of 49.30 in his practice time, but was unable to replicate the time later on, published a time 52.68 on his timed run in the afternoon. 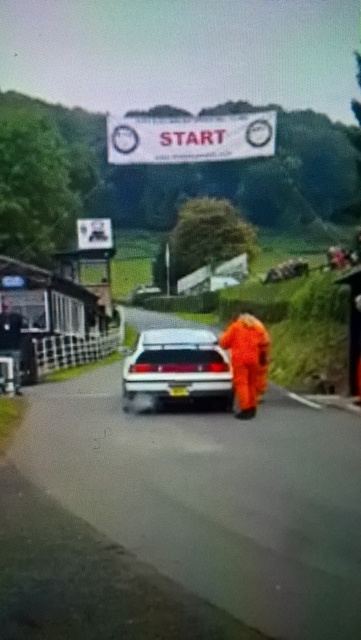 Neil Thomas in his immaculate 1964 MG Midget was amongst a selection of Classic Saloon and Sports Cars. Neil’s first practice run saw him set a time of 39.90 and by the end of the day on his last run up the hill he posted an impressive time of 37.79