MIRA is a research facility for many of the world’s leading vehicle manufacturers and suppliers, and they strictly enforce the rule of no cameras or video on site and will eject anyone caught using such devices.

Due to a small entry list the organisers proposed at the driver briefing that the event would consist of 3 practice runs and potentially 3 timed runs, but due to heavy showers one of the competitors proposed that the plan be changed to 2 practice run and 3 timed runs, with at least one timed run being achieved prior to lunch in order to try and catch a dry run. This suggestion was welcomed by fellow competitors and the plan was changed and implemented.
The largest class of the day was the Road Going Series Production Cars 1400cc to 2000cc, which consisted of 13 drivers. Amongst the large and varied cars was Gary Morgan in his Peugeot 206 GTi. Having not been to MIRA before Gary had to quickly get to grip with the track layout before the bad weather drew even closer. Fortunately Gary managed to get a dryish run in, and posted a time of 63.29.

Following on from Gary was Gordon Hick in the Road Going Series Production Cars over 2000cc. Similar to Gary, Gordon managed to get one dry run, and posted a time of 60.20 on his first timed run of the day.
In the Modified Series Production car class, due to the small entry, the two classes were merged, meaning that the class consisted of cars up to 2000cc. Amongst a class of 8 cars Wynne Morgan in his Renault Clio Cup, who was new to the track, had to quickly learn his way around in order to post a competitive time whilst the rain held off. Wynne posted a time of 60.63 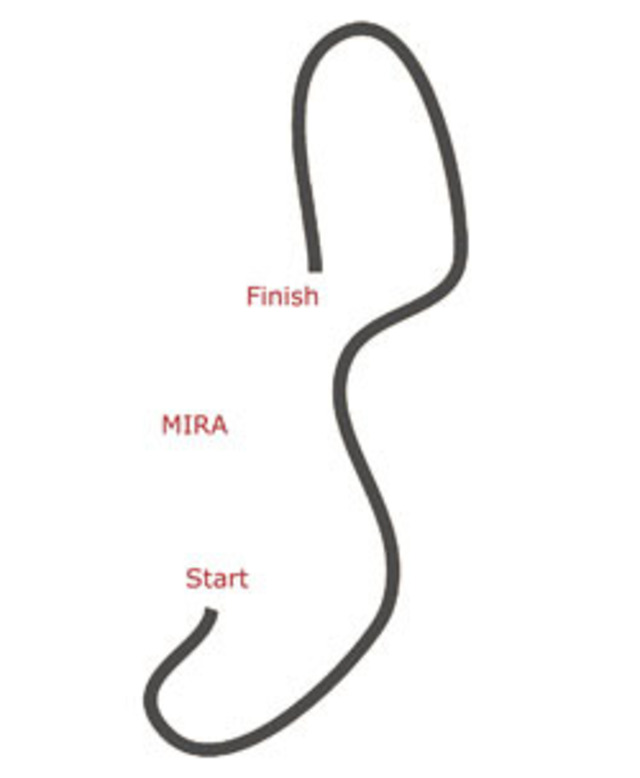 Majority of competitors managed to get a dryish timed run in before lunch, and as anticipated the heavy showers appeared during lunch and continued to stay for the afternoons timed sessions, meaning that many competitors didn’t take up the options of the third time run.