A misty and wet morning was the call of the practice session, but unlike the day before, the timed runs were done in the dry. First up the hill was Gary Morgan in his Peugot 206 in a class of three cars for the Standard Production class. Gary set the pace for the class in practice and continued to do so in the timed runs, achieving a time of 53.95 and taking the class trophy home with him. 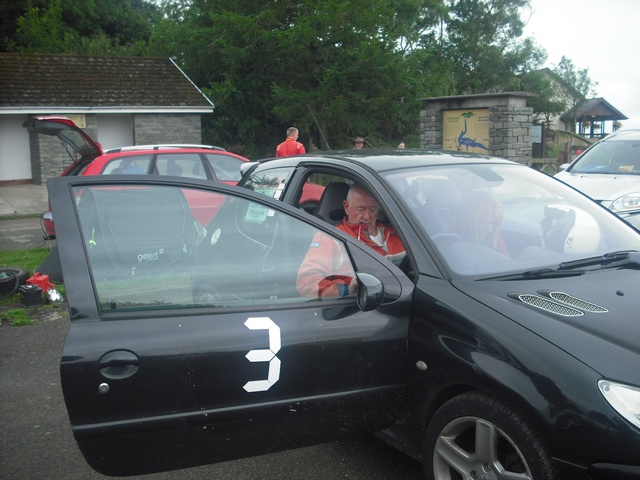 Next was Rebekah Edwards (and Dora), battling it out with Mike Edwards’ in his Austin Mini in the Road Modified Cars up to 1400cc. Rebekah not only took a class win, but managed to improve on her previous set time by over 1½ seconds, posting a new PB of 55.51 at Llys Y Fran. 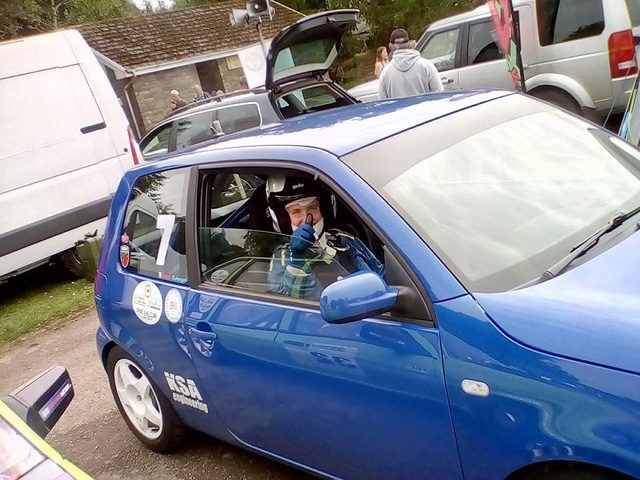 We saw the return of Tony Barber in his VW Golf GTi, this time in amongst the Road Modified Saloon and Sport Cars over 1400cc up to 2000cc. Tony found himself in a class of 6 cars, achieving a time of 54.01 coming 4th in the class. 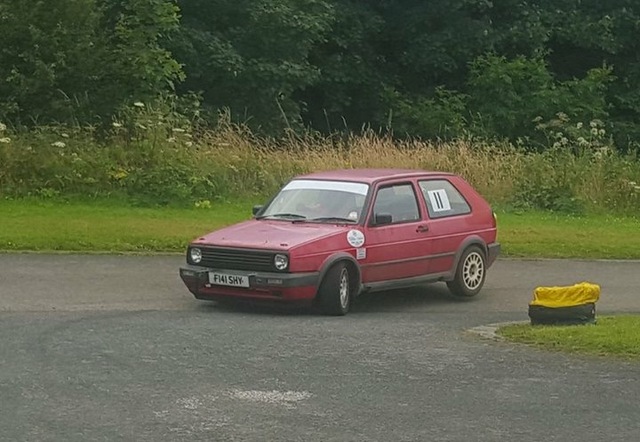 Next up the hill was the Road Modified Cars over 2000cc and amongst a class of 6 cars we had 4 Championship contenders, namely Gordon Hick, Eifion Jones, Anthony Bailey and Sioned Jones. Gordon took the class win with a time of 52.62, with second going to Eifion Jones with a time of 53.81, followed by 3rd in class for Antony Bailey on a timed run of 54.12. This was the first time for Sioned to have competed at Llys Y Fran, and as demonstrated at previous events, improves with each and every run, starting the day off on a time of 65.49 on her first time up the hill and improving by over 3½ seconds, posting a timed run of 61.84. 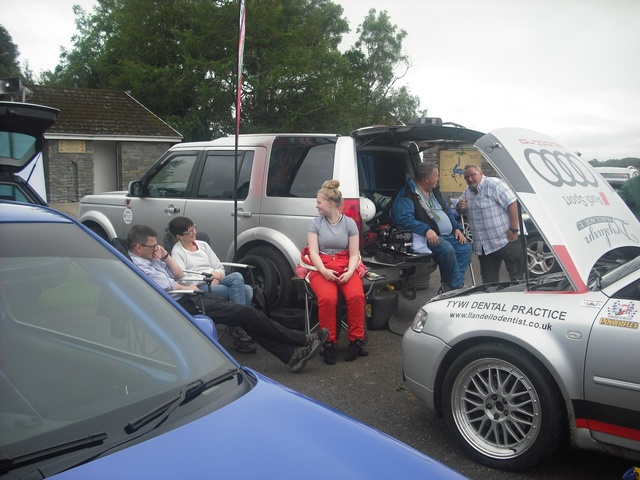 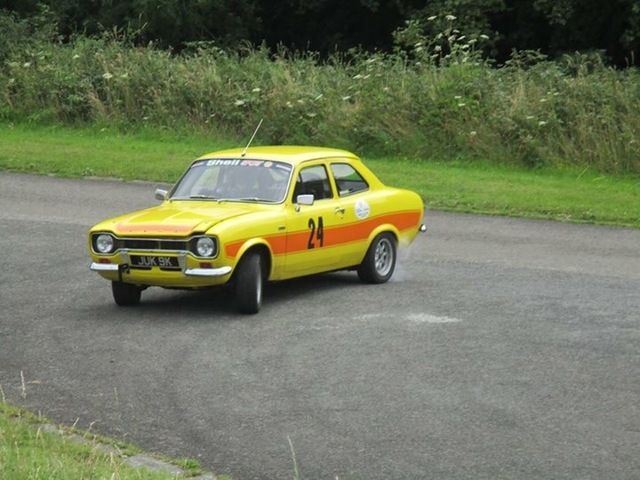 Simon Howells found himself the only car in the class when it came to Modified Production Cars up to 1400cc. Simon published a time of 53.44 in his Austin Mini having improved on his previous set time of 54.64 set in May, setting a new target time for his class for 2018. 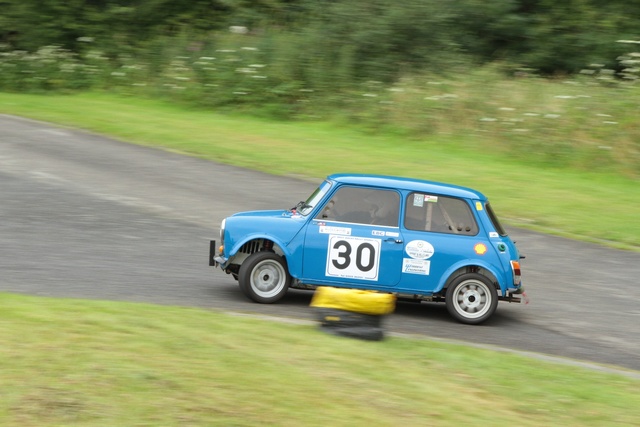 One of the biggest classes up the hill was the Modified Production Cars over 1400cc up to 2000cc. In amongst a class of 8 cars, we had 4 Championship contenders. Martyn Ferris in his Renault 5 GT took 2nd place within the class, setting a new target time for 2018, having achieved a time of 50.80. Next was Wynne Morgan in his Renault Harlow with a time of 51.24, taking 3rd in class, followed very close behind, just missing out on the podium, was Paul Meadows with a time of 51.40 and Dave Mockford on a time of 52.23 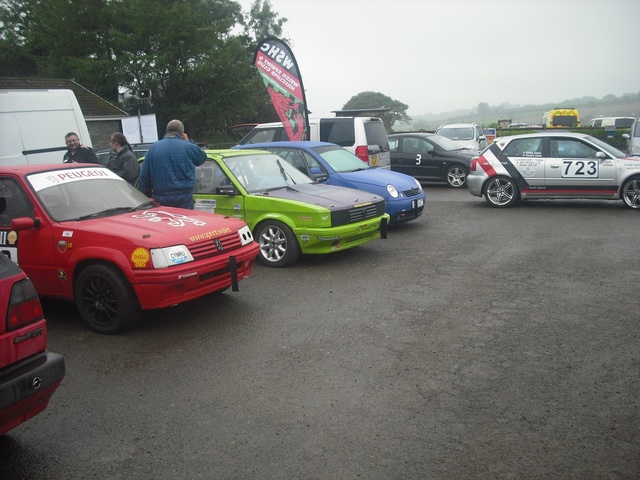 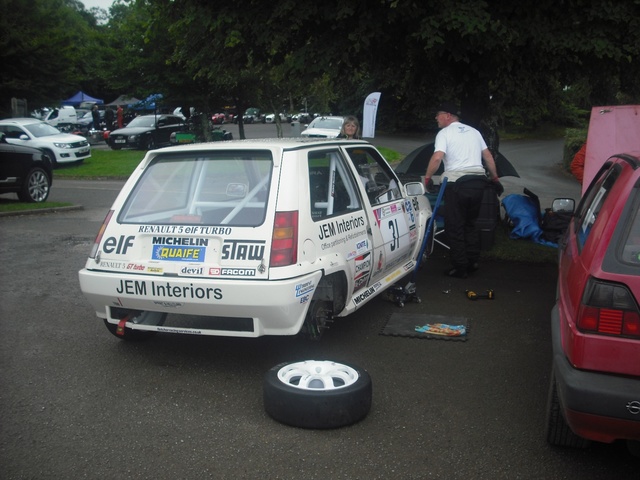 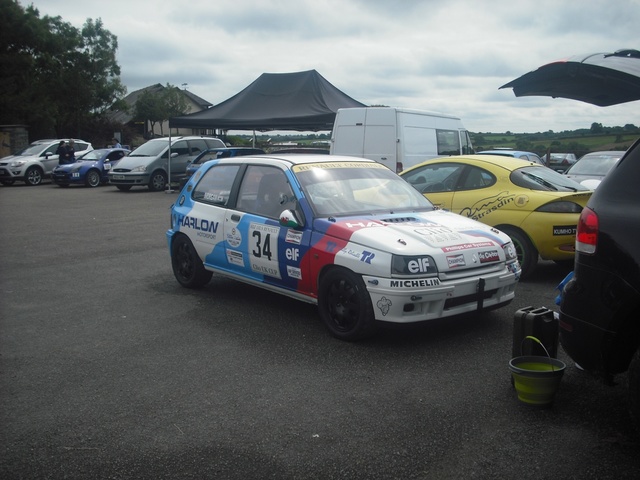 Frank Harries in his Renault Clio 197 sport was to be the only car in the Modified Production Cars over 2000cc. Unfortunately Frank was unable to beat his PB set in May, but posted a great time of 55.54 on his second run up the hill. 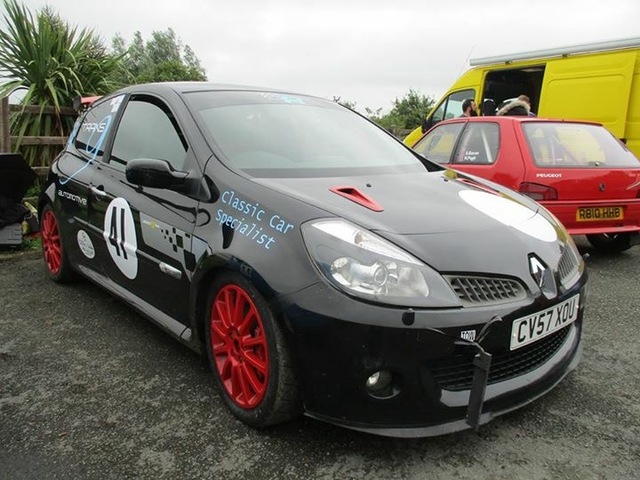 Similar to the day before, we had a battle between father (John Phelps) and daughter (Charlotte Phelps) in their family Westfield Megabusa, John held onto the lead after the first time run (47.47), but Charlotte not content with being second in the class, managed to put a great run in achieving a second time run of 47.41, taking the class win from her Dad, coming 7th overall on the day, and also picking up the Fastest Ladies Trophy. Well worth the journey from Hungerford. 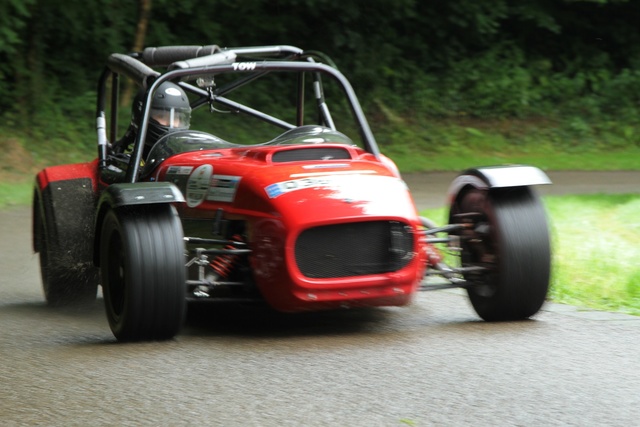 Once again Lyndon was the only car in his class (Sports Libre Cars over 1700cc), and this was the first time for him to drive the hill in his very unique Honda CRX. Having posted a practice time on his first outing of 65.35, Lyndon improved with each and every run, finishing the day off with a timed run of 60.07 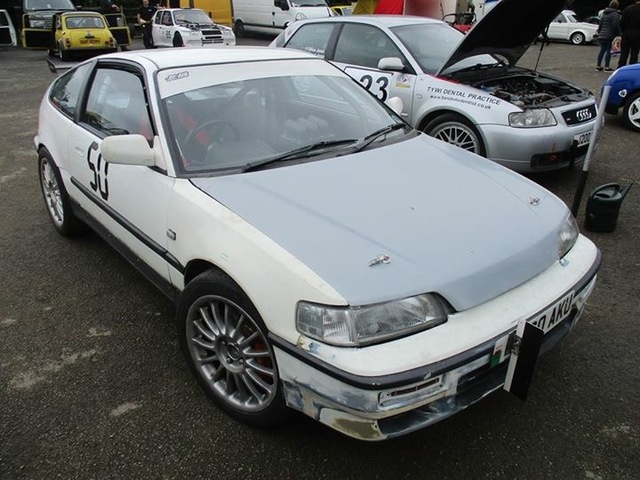 Sam Bacon in his Peugeot 106 was to be the only Road Rally Car in the class up to 1600cc. Sam determined to improve on his first timed run, managed to find a further 2.14 seconds, posting a time of 53.97 at the end of the day. 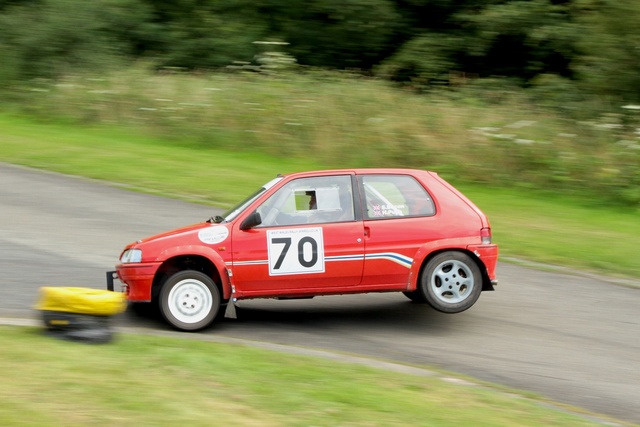 Similar to Simon, Frank, Lyndon and Sam, Neil Thomas found himself the only car in the class (Road Rally Cars over 1600cc) with his MG Midget. This was the first time for Neil to have driven the hill at Llys Y Fran. First practice saw Neil post a time of 62.37, finishing off the day on an impressive time of 53.64 (some 8.73 seconds quicker than his morning run up the hill). 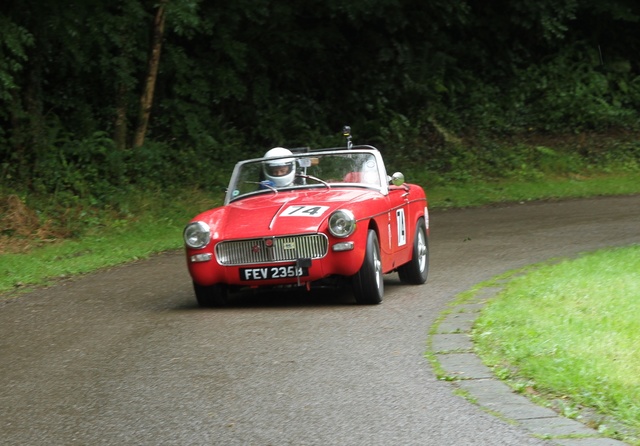