Due to a date clash, our second BARC Wales sprint took place at Pembrey, rather than Llandow. For some of the Championship contenders, it was their first time of seeing the new layout, for others it was a return to hopefully better weather to beat previously set target times. Unfortunately, unlike the June event, the rain was unrelenting and continued to rain/drizzle until the awards were awarded at the end of the day. Rebekah Edwards kicked off the day as number 1 in her VW Lupo and managed to put in a great time of 160.61 getting to within 3½ seconds of her target time and to take a class win, proving that she and Dora rightly fully deserved the number 1 car number for the day. Second class out was the Standard and road Modified cars over 2000cc and within a class of 7 cars, four were Championship contenders. First to take to the track within the class was Sioned Jones in the Audi S3, during the first practice run Sioned managed to out run her Dad by 2 seconds, and got down to a timed run of 161.20 in her timed. Next out was Gordon Hick in his Seat Leon, having achieved a timed run of 157.19 on his first outing, Gordon managed to improve by over 4 seconds, resulting in publishing a time of 153.34. Following on from Gordon was Brian Jones in his immaculate and streamline Porchse Cayman GT4. Having achieved a timed run of 144.28 on his second timed run, Brian secured 1st in Class. Last to take the track, double driving the Audi S3 was Eifion Jones, achieving a times run of 157.82 on his last run of the day. 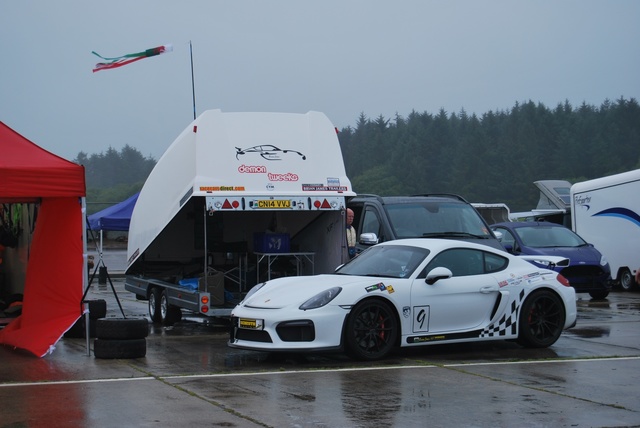 Following some mechanical issues at Curborough the week before in his Renault Williams Clio, Wynne Morgan found himself back in the Modified Production Cars 1400cc up to 2000cc having last competed in this class in 2015 (taking the Championship title in his Renault Clio Harlow). Along with Wynne in the Modified class was Paul Meadows in his Peugeot 205. Paul was hoping to have also been out in a different car, but due to some teething issues whilst testing at Llandow, had to resort back to his faithfull Pug. Wynne achieved a time of 147.28, with Paul publishing a time of 149.23. 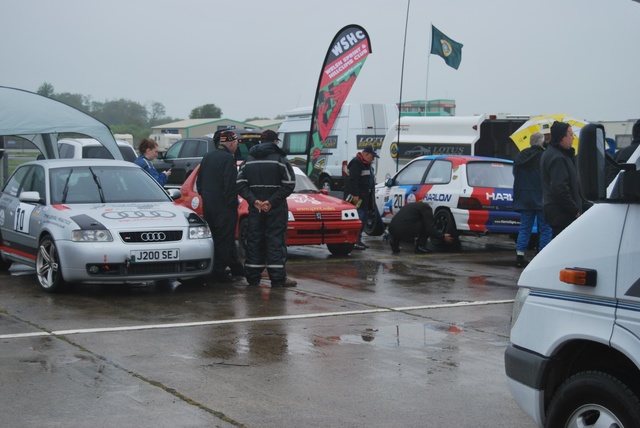 In the Modified Production Cars over 2000cc we had two WAMC contenders, namely Frank Harries in his Renault Clio, achieving a time of 157.62, along with Paul Townsend with a time of 161.34 in his Seat Leon. It was the first time for both to have seen the new track, with Frank taking over 10 seconds off his first practice time and Paul taking just over 6 off his first practice. 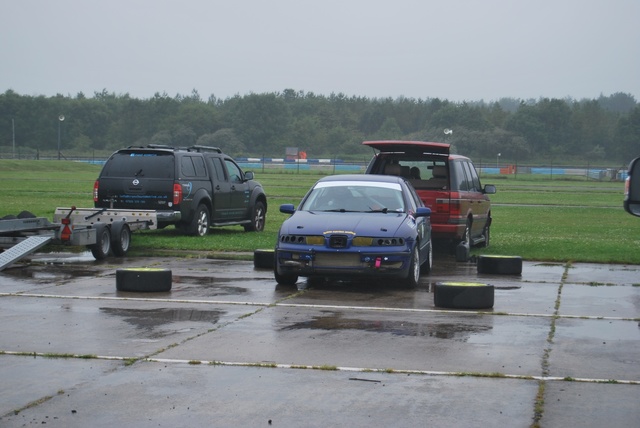 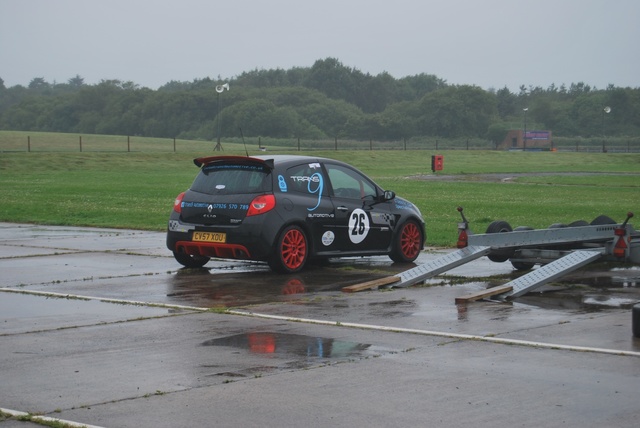 Similar to Sioned, Charlotte Phelps put the pressure on her Dad in the practice session whilst double driving their Westfield Megabusa. Not content with a quick time of 147.76 in her practice run during a very wet session, Charlotte managed to finish the day with an impressive time of 144.62, beating her Dad (John Phelps) and coming 11th overall, which was no mean feat seeing as we had 21 Caterham’s in attendance. Charlotte was also awarded the Fastest Lady trophy. 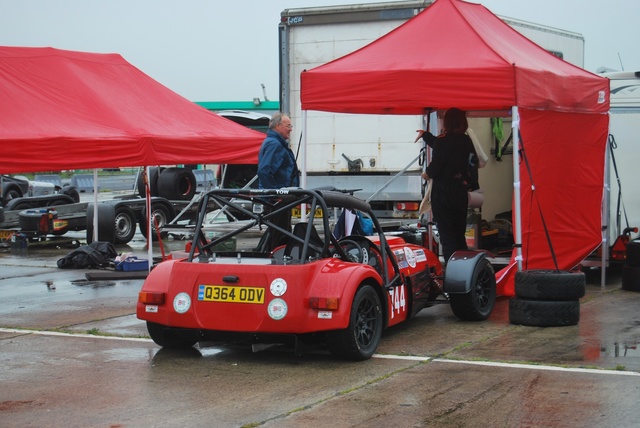 Not only was the new layout at Pembrey a first for Lyndon Evans and his Honda CRX, but it was his first ever time at Pembrey. Similar to Epynt, Lyndon was in a class of his own ! Lyndon managed to improve on the practice run by over 20 seconds, with a timed run of 183.37 being achieved on his second time run of the day. 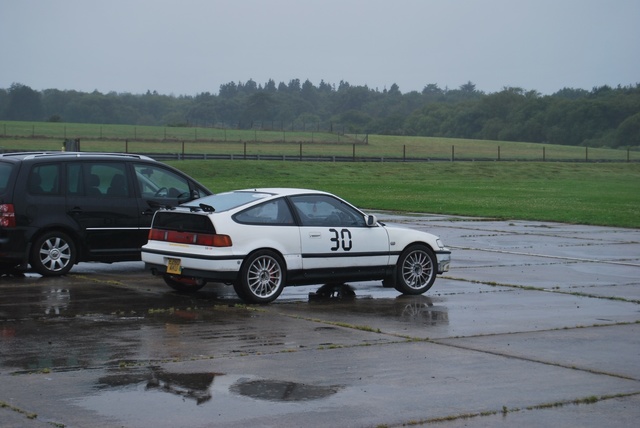 Alison Lock in her BL Mini experienced some mechanical issues which meant that she only managed to get one time run before retiring for the day. During her first time run Alison battled with the steering, but managed to get around the track and record a time run of 173.58 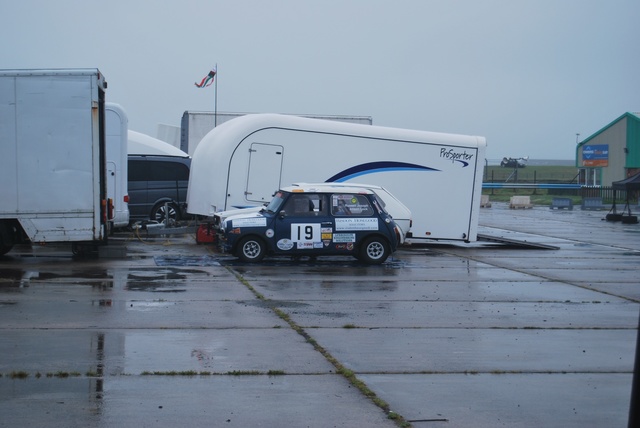 All contenders were duly given the opportunity to have a third ‘fun’ run, but due to the weather many opted to get their cars on the trailers or packed up and head home or on to Llys Y Fran for what they hoped would be a dry day !